Cllr Pat Callaghan has forwarded us this message from Cllr Hai regarding doorstep scams:

I am writing to provide you all with an update on the above as you may have seen media coverage relating to the issue.

The National Fraud Intelligence Bureau (NFIB) has received intelligence which suggests that fraudsters and bogus traders may be posing as council officials or professionals in the fire prevention industry and cold calling or visiting the homes of potential victims.   Citing the Grenfell Tower fire as the reason for their contact, the fraudsters are allegedly offering services such as a free or subsidised safety inspection of a property.

The NFIB has also received intelligence that suggests fraudsters may be trying to contact organisations and claiming to offer contracts to provide services or goods to affected persons or organisations.

Council officers have received reports that letters appearing to relate to a scam of this sort were delivered to addresses in Camden in the north of the borough.  Having learnt about this suspected scam, we issued advice to Camden residents about doorstep safety, including a number they can call to check if someone claiming to be from the council or fire prevention services is a genuine caller.

We alerted a range of partners to the fact that a suspected scam letter had been sent to a properties in Camden. The alert list included colleagues in the police and fire services, as well as the likes of Age UK, and public and private housing providers.  The Council’s Trading Standards service also provided guidance to organisations that they can share with their community networks in order to help residents identify whether doorstep callers are genuine.

The advice provided is as follows;

Protecting those who are most vulnerable is a key priority for the Council. I hope you will all join me in assisting with this by communicating the safety messages above to our communities and to encourage anyone who is concerned about this or any other scam to report it. 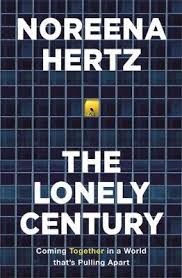